Choir leader Frances started the year with the idea of us building up the choir from fluctuating, often low numbers & to focus a recruitment drive amongst the diverse communities of East Leeds and beyond towards a profile summer performance. The idea of learning the songs of British composer Alexander L’Estrange’s Zimbe! was hatched, as was a date tbc in July at the annual outer east Leeds Garforth Arts Festival 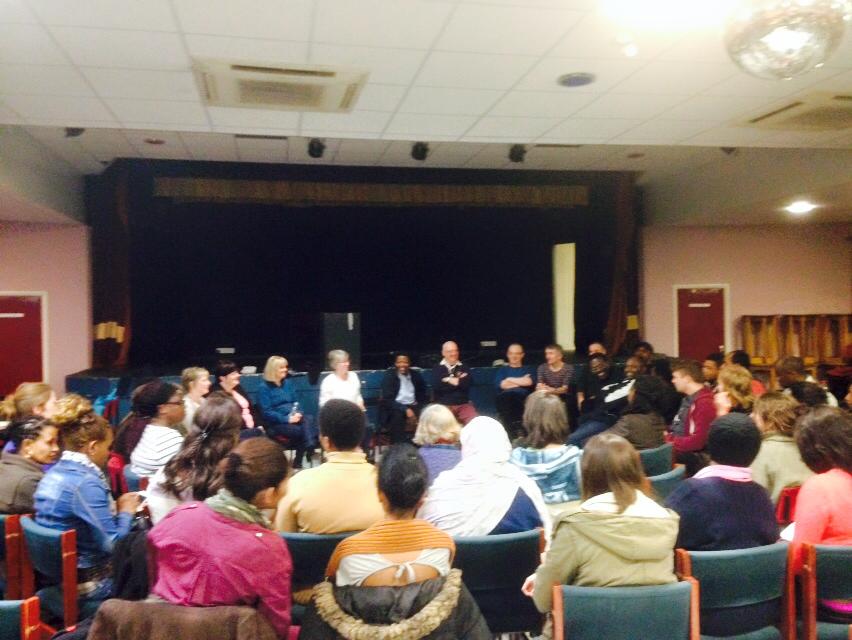 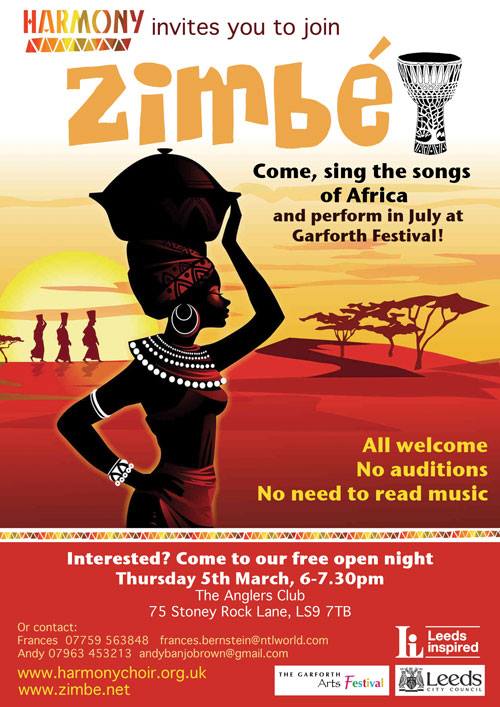 From then on through into summer we gradually learned the new songs & set about welcoming and integrating the newcomers into Harmony- at last count we’d members from 12 different countries ! Frances was ably assisted by our effervescent Zimbabwean MT in keeping us on track while ensuring rehearsals remained fun & accessible for differing musical & language abilities

We started to get a sense of our progress and the occasion to come when Garforth Festival organiser Dave Evans, the band & the four lovely Ubunye singers joined us at a thursday evening rehearsal 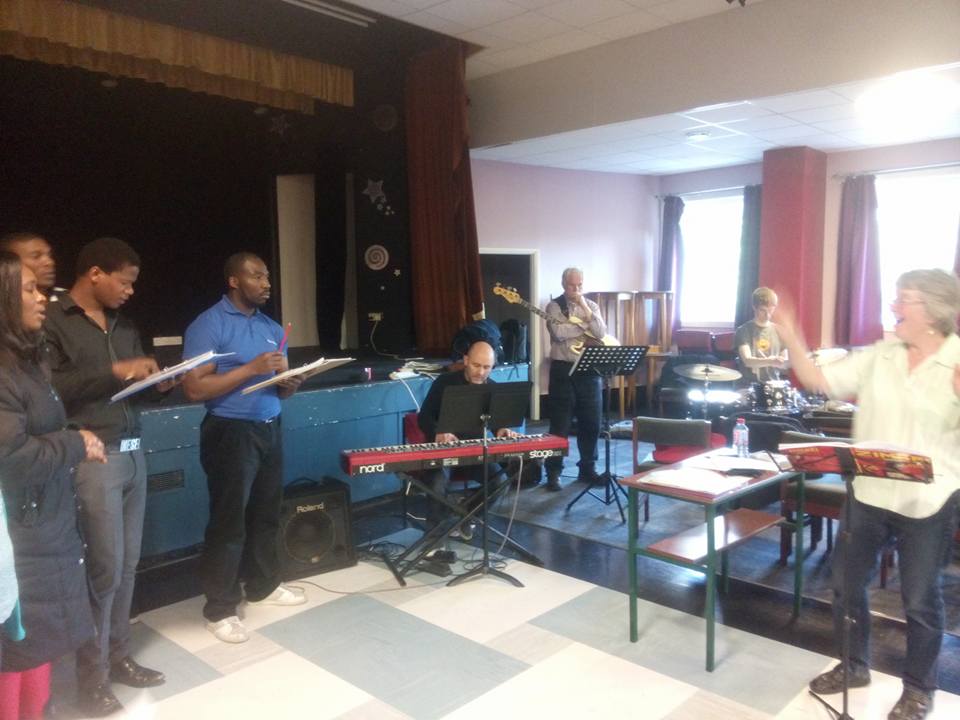 Before we knew it we were over to Garforth Academy the week before for a dress rehearsal – with lovely inside air conditioning on a sweltering African-like day outside ! The coincidence of Ramadhan  in summer sadly hindered several new members from being able to complete their involvement in the final weeks leading to our performance 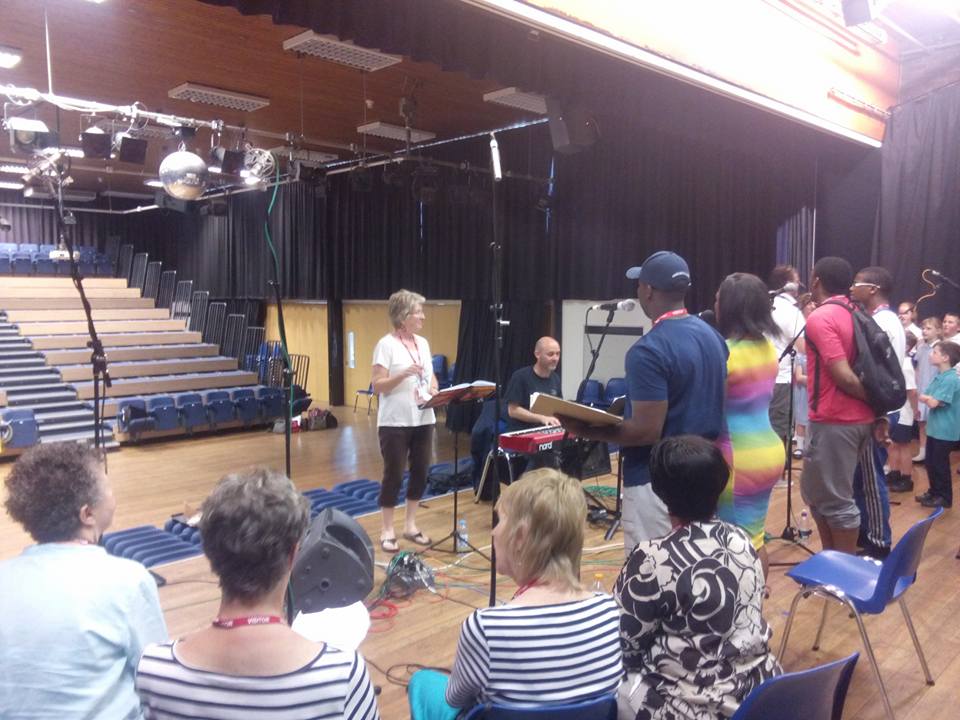 However come the day we’d a dedicated, well-worked, fully-functioning choir all set for a final morning’s rehearsal before our big night. Frances helped us relax with some fun warm up exercises alongside the stage sharing (and some say show-stealing!) children of Garforth Green Lane Primary. There was a lot to take in, many of us visiting Garforth for the first time and perhaps unaccustomed to being onstage beside overhead microphones, an accompanying band not to mention virtuoso South African singers  ! And did anyone see us perform a song on Made in Leeds TV  ?
With tickets selling fast among the membership & beyond we were guaranteed plenty of familiar friendly faces among the audience. And on an extremely busy day as ever for seemingly unflappable Frances, we were among the first half audience for a superb, personally-poignant performance of Sing Freedom  by her other choir Free Range (which also features two members of Harmony) 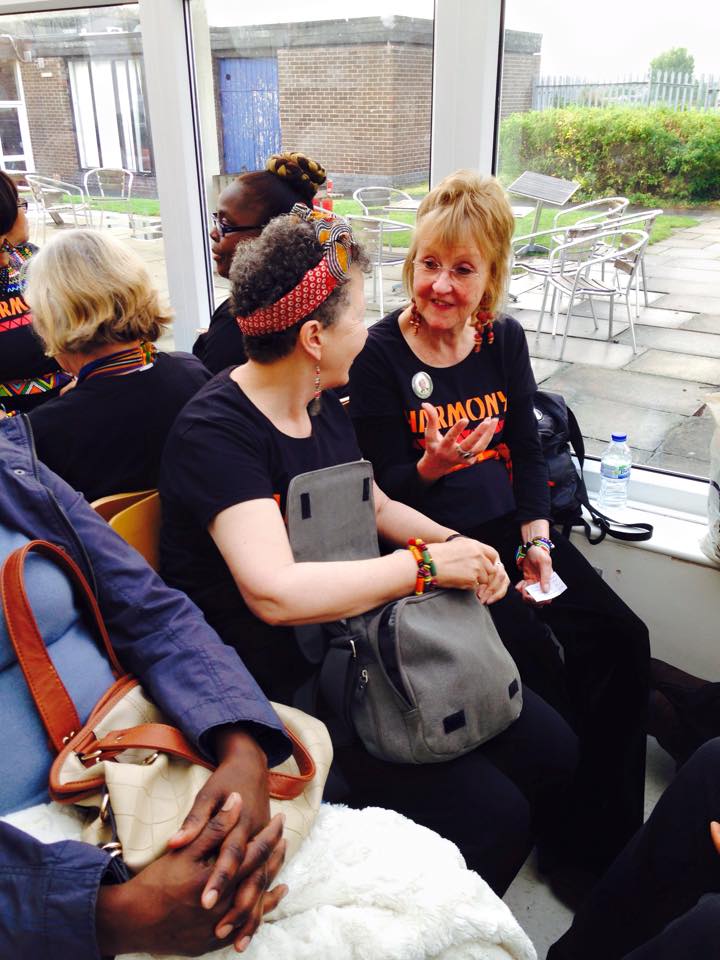 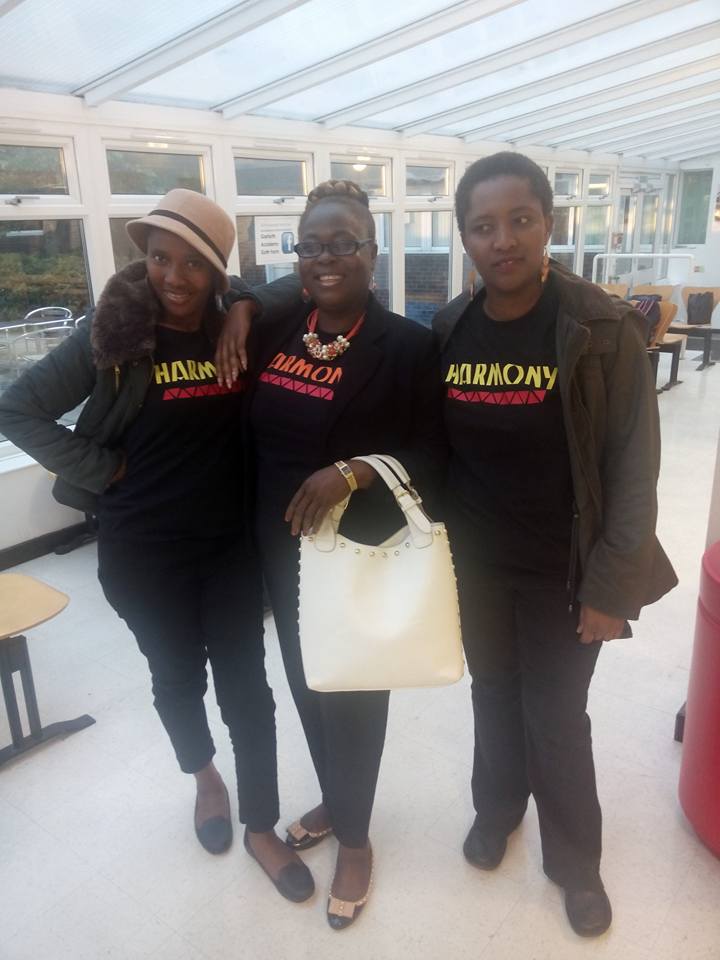 The atmosphere seemed relaxed as we left the backstage ‘green room’ (actually, the 6th form common room !) up on  to the stage to face the bright lights of stardom; perhaps being unable then to see anyone down below helped too ! By this time we probably felt quite familiar with our repertoire (and that of our co-performers on stage) which ran as:
Njooni Zimbe
Singabahambayo Thina
Pete Pete / Senua Dedende
Thula Mama
Wai Bamba
Thuma Mina
Siyahamba
Freedom is Coming
Njooni Zimbe 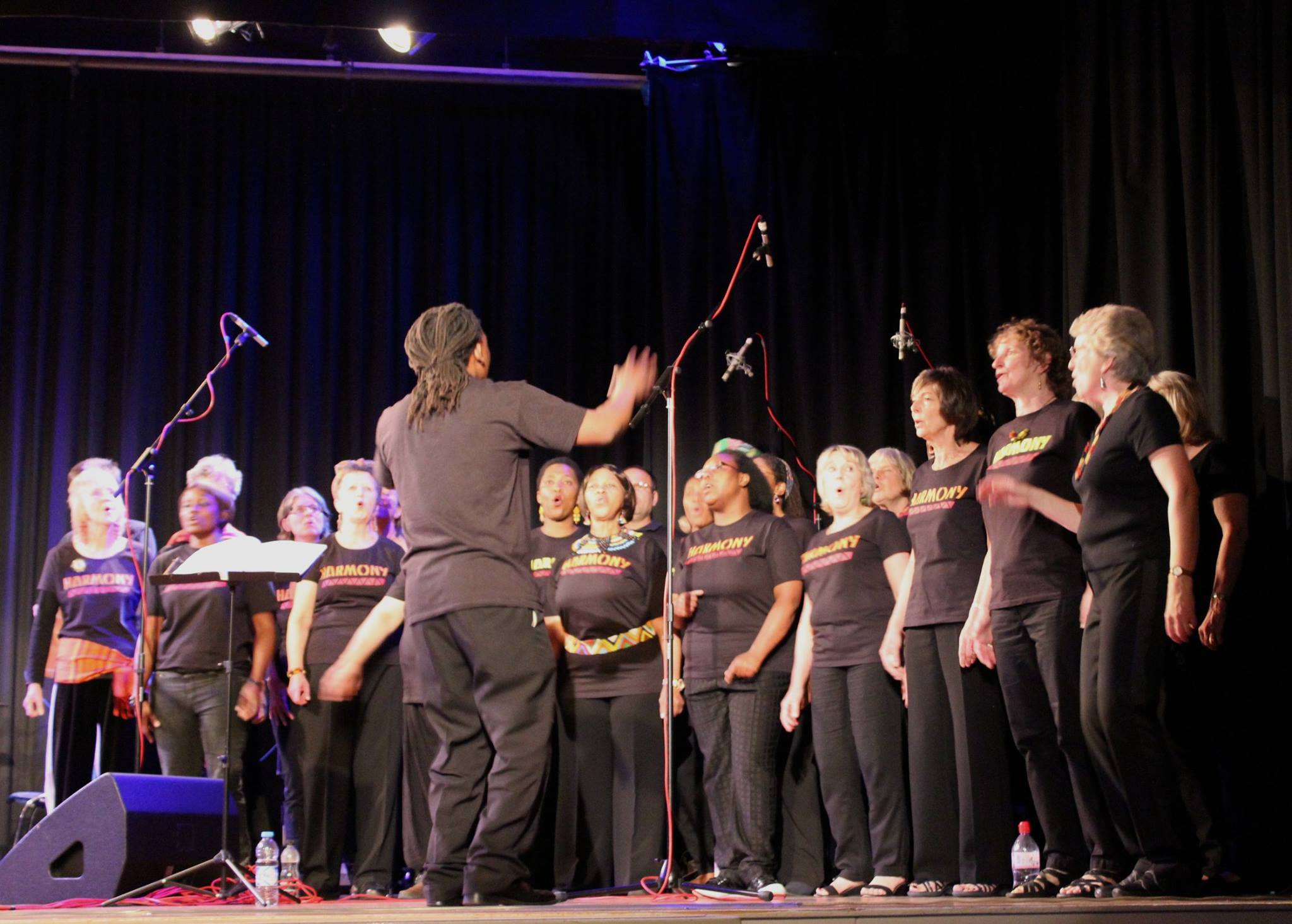 Towards the end, MT was even able to give Frances a welcome break to have a sing herself ! And yes there were other male singers present, on the back row, out of sight – more are definitely welcome !
(Here’s a video of us at the finale )
Judging by the applause and comments afterwards, it seems we went down pretty well. It was great too that both choirs contributed towards celebratory flowers for Frances, handed over on stage by our very own Veronica 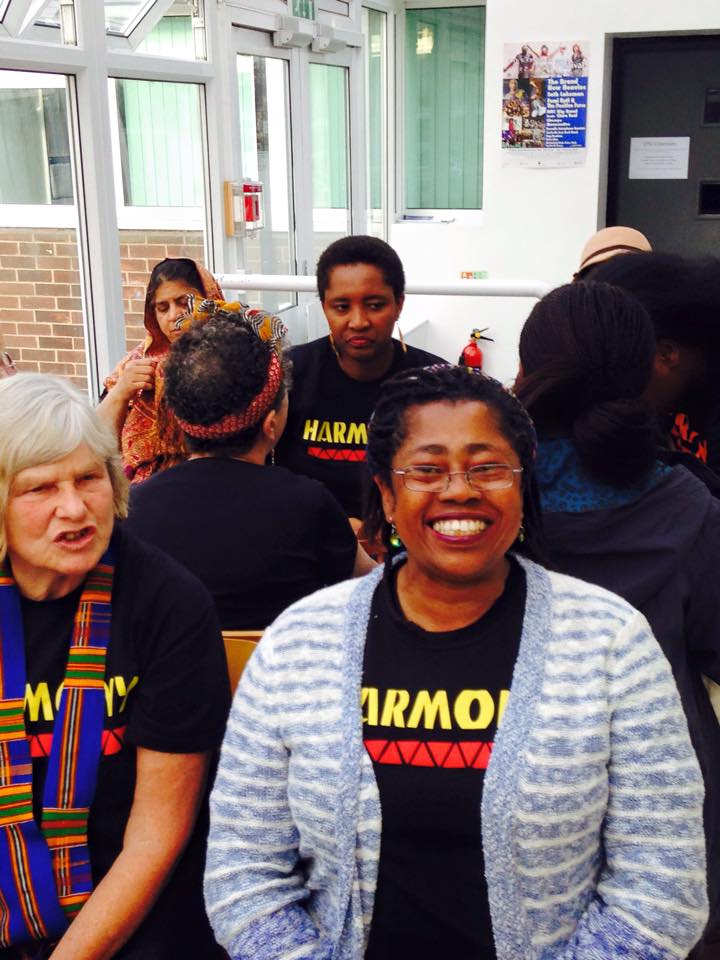 And not forgotting a huge thank you to keyboardist/director Dave Evans (& his merry band) for the encouragement & showing confidence in us to take part. Well might he think there was more than one Frances around on the night – we drink a salute to you sir ! 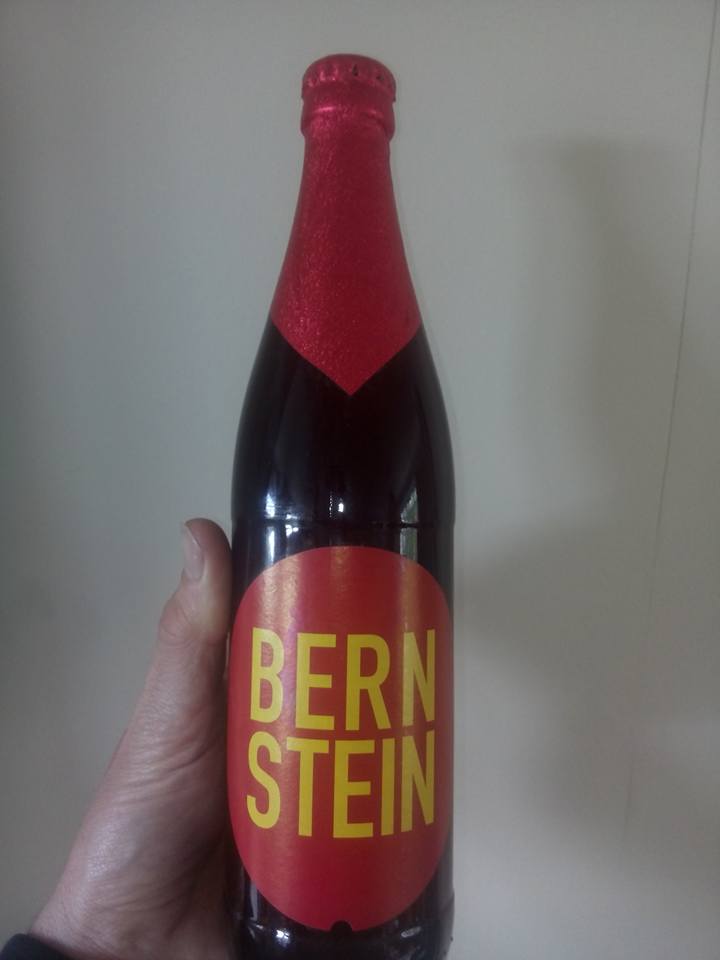 While we contemplate what next and the choir enjoys a break until  early September 3rd, enormous thanks go also to Barbara Kempf for helping to set up Harmony, her musicality and for seeing it through to this highwater point. I’m sure we haven’t seen the last of you at Harmony-you’re always welcome back !
Andy Brown, choir member